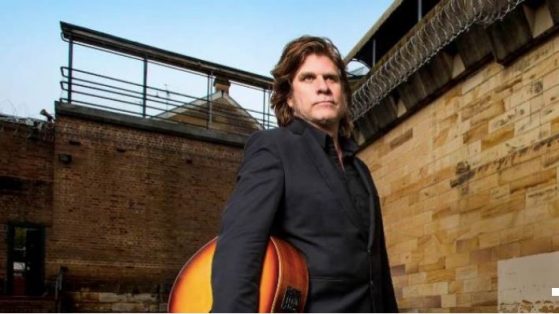 There are few artists within Australia who can translate the work of Johnny Cash and bring it to modern day like Tex Perkins.  His reverence for Johnny Cash’s career is evident in the way he approaches every song.

Johnny Cash made an indelible impact on the international music scene.  From his rise to fame in 1954, he had a string of Top 10 hits, including Ring of Fire, Folsom Prison Blues and Don’t Take Your Guns To Town, to name a few.  His #1 Billboard smash hit I Walk The Line made him a household name – and sat on the charts for 43 weeks!

He has been inducted into the country Music Hall of Fame and the Rock N Roll Hall of Fame, demonstrating the impact his music has had across multiple genres.  He passed away in 2003 but still considered one of the most influential musicians of all time, as his sales of over 50 million records will attest.

Tex Perkins needs no induction to Australian audiences; he is a legend within the Aussie music industry and is revered as one of the country’s rock n’ roll outlaws.  It is said his affinity with Johnny Cash started in his earliest band and is an enthusiasm he hasn’t relinquished.  After fronting The Cruel Sea, Beasts of Bourbon and touring with Tex, Don and Charlie and the Dark Horses, Tex Perkins has had an incredible and varied music career.